Kevin Attard – ‘My journey has been one of sacrifice, determination and ambition’

Forming part of our series of interviews with 50 Business Leaders, the CEO of Attard Holdings traces his roots in the logistics industry, and how he carved his own path forward. 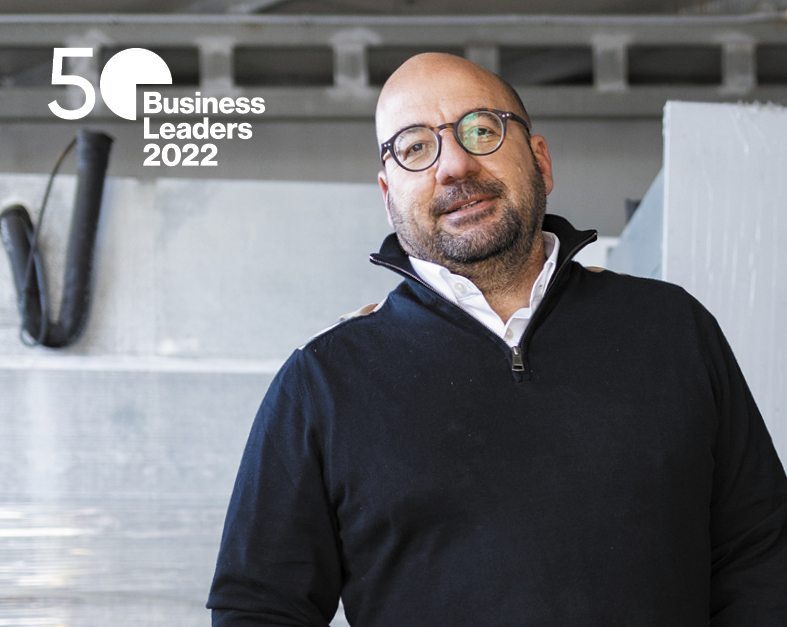 Starting his career in logistics with a family business over 30 years ago, Kevin Attard may be the second generation to be involved in the industry, but leading local company Attard Holdings – which offers shipping, transportation, customs and freight services – is all his doing, having started it from scratch out of his childhood bedroom when he was just 19 years old.

“My father was one of the pioneers of the local logistics sector, having introduced ro-ro transport by truck, between mainland Europe and Malta. Things have evolved since then –  at the time we weren’t part of the EU, so there were borders, customs declarations to be done, and so on, and my generation has seen all of these changes,” Kevin recalls, looking back on his humble beginnings.

“I am one of three siblings – my sister, my brother and myself. Growing up, I’d often go to the office with my father during school holidays,” he recalls.

Describing the industry as his “second skin”, Kevin literally grew up in it, and after leaving school, began working in his father’s business, which his father and uncle operated. This wouldn’t last long however, and four years after young Kevin joined, the brothers decided to sell their shares, leaving Kevin unemployed.

“That is where the roots of my business came along. At 19, I started my own company with my younger brother, out of my bedroom at home,” he recalls fondly.

“I started by offering customs clearances, processing documentation for customers. It was very much a one-man-band, and I eventually started venturing into the freight business as well,” Kevin explains, recalling that the first company was called Kays Company Ltd, and eventually went on to start Customs Agency Ltd in 1995.

“My father left big shoes to fill when it comes to the Attard name in the logistics industry, and I was the only one of his children that followed my father’s footsteps. It wasn’t easy, and with a lot of sacrifice, determination and ambition, we’ve always challenged ourselves to be a good player,” Kevin says.

Since founding the company, much has changed in the industry, from joining the EU to the introduction of VAT, and according to Kevin, it was the experience of adapting throughout the course of these changes that really enabled the company to build lasting relationships with its customers, many of whom have been around from the very beginning.

Reflecting on how the business landscape has changed, Kevin admits that the change has been drastic – both for better and for worse. “The technology we have today is important, making things more accessible, faster and easier, but sometimes it feels like you can’t switch off! You need to discipline yourself and delegate as much as possible. I find it selfish to expect anyone to be on-call 24/7,” he maintains.

“The landscape and developments throughout the years have taught me a lot, and enabled me to build up the experiences I have today,” he notes, referencing the last couple of years in particular as “a rollercoaster”, with the recent increase in fuel costs and the effects of the pandemic, for example, threatening to wreak havoc on the industry. The way forward to overcome the challenges ahead, he believes, is collaboration.

In fact, the next phase in Kevin’s business plan is joining forces with his partners in Sicily, a leading transport company Passalacqua Trasporti and CSRL. “We are becoming the regional office for the territory of Malta, and I’ve been appointed Business Development Director for the Group,” he reveals, “so as I approach my 53rd birthday in May, instead of loosening my belt I’m actually fastening it a bit more!”

“We have been discussing how the company will be operating in the years to come and our ambitions, and how we can overcome the challenges we’ve been facing together. Even though the Passalaqua Group has such a big operation, the family atmosphere is still felt, and that has been, in my opinion, one of their successes,” he continues.

Turning his attention to leadership, I ask what he considers to be the qualities of a good business leader. “Delegation is really important,” he reveals, admitting that this is an area in which he has struggled.

“Since I started as a one-man-show, entrusting others was challenging for me. But aside from delegation I believe that the best leadership skills are believing in what you do and loving what you do; choosing a good team and taking the right decisions at the right moment. You also have to believe in yourself in order to give the right direction, and most importantly, treat your customers’ business as your own.”

Reflecting on his business success, Kevin identifies another important trait. “I do not mind rolling my sleeves up and physically getting my hands dirty to get a job done, and believe that this encourages my team and lets them know that I am part of them. Closing yourself in an office and not mingling in the warehouse with the drivers makes it difficult to appreciate the work being done by the team.”

Looking ahead, Kevin believes that rising costs are one of the biggest challenges the company will face moving forward. “Consolidation, and building up a force between operators can be something to think of in 2022,” he continues, once again emphasising the importance of joining forces. “If everyone had to sit down and think about the challenges together, there would be a better chance of overcoming them.”

On behalf of his business, environmental concerns are also front of mind, the CEO maintains. “Moving forward I would like to put the environment at the forefront more, looking into the introduction of modern electric vehicles, less consumption, and putting ourselves on the map further when it comes to sustainability in recycled products,” he affirms.

Closing our discussion with some final words of leadership advice, Kevin shares, “always be yourself, believe in what you do and ensure that you have a strong team around you to achieve your goals. Never look back, and always look towards the future in a positive way.”

The interview forms part of the 50 Business Leaders 2022 project. The new online serialisation on MaltaCEOs.mt will feature 50 distinguished business leaders, CEOs, and emerging business minds to create debate and encourage business leaders to share their journey with our readers. Photos by Inigo Taylor. 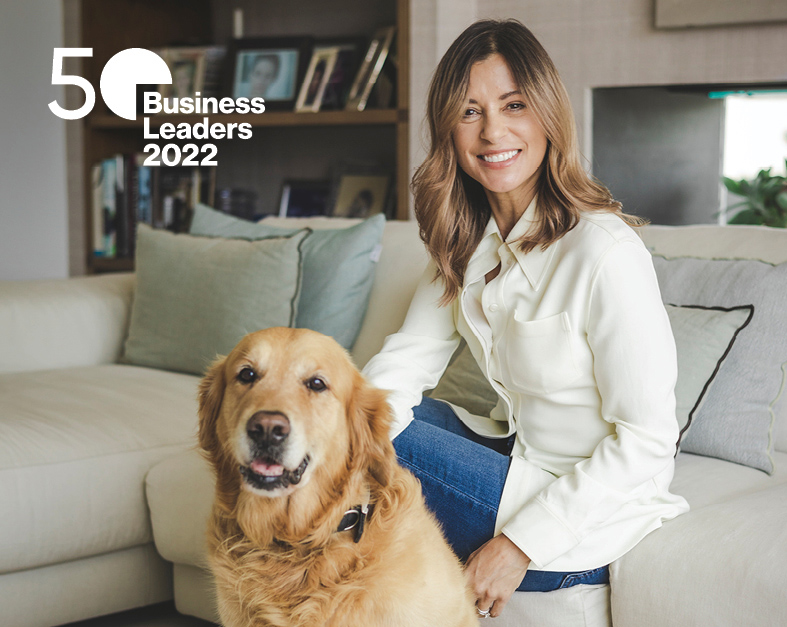 Next in our series of interviews with 50 Business Leaders, the creative mind behind The House Shop talks about her ...

The father and son duo behind Michael Grech Financial Investment Services reveal what continues to make the company a pioneer ... 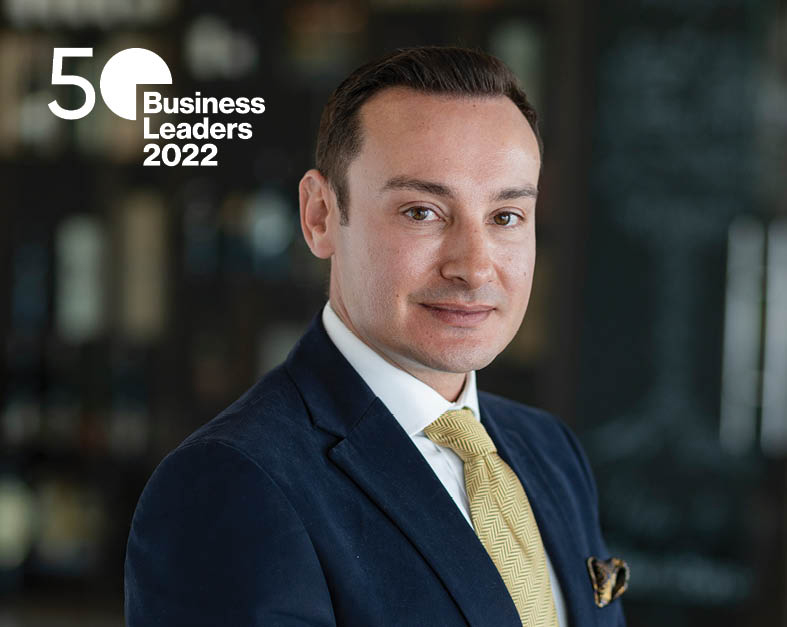 Oliver Scicluna — ‘The biggest measure of success is happiness’

Next in the 50 Business Leaders 2022 series, the CHIC Ltd Founder looks back on his journey, and what he ... 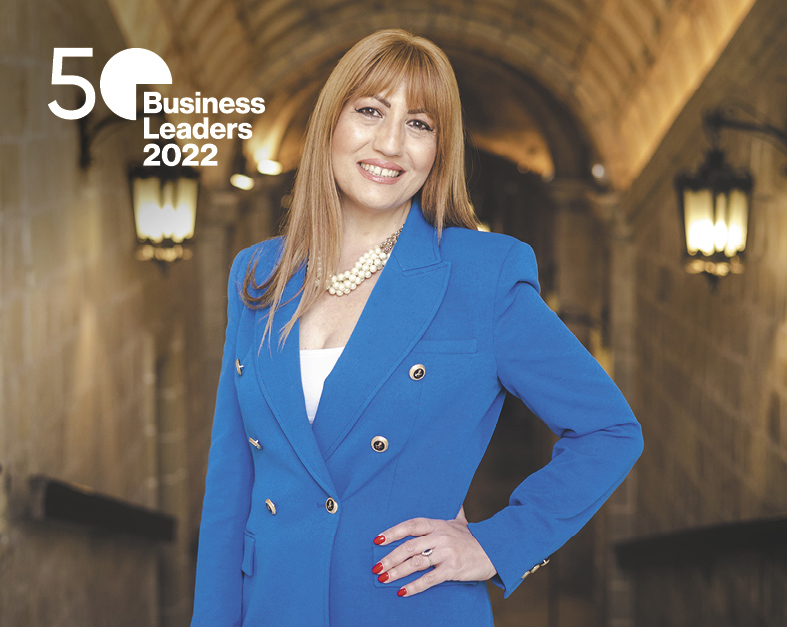 On the occasion of her 40th anniversary, the Director of Sales & Marketing takes us through her memorable career in ...